Well, I sort of fell off the face of the earth for the past 8 weeks or so. Not *literally* of course, but my online and blogging presence has been minimal at best. With as much passion that I have about my nutrition coaching and as much joy as I get out of creating meaningful content for you all, it seems especially weird that I just couldn’t muster the time or energy to do ANYTHING.

I feel like I owe an explanation. So its time to have that awkward conversation about… post-weaning depression. (Yes, it’s a thing.)

I’m sure that a lot of you have heard about postpartum depression. While we are learning more about that, post weaning depression is still somewhat of a mystery. There has been little to no scientific study of post-weaning depression, but it’s effects have been reported by many women. The theory is that the sudden drop in prolactin and oxytocin are what causes the depression to kick off.

My last baby self weaned around the end of May. It was such a gradual process and was totally guided by her growing less and less interested. Eventually she was only nursing sporadically a few times a week, then she could go for almost a week between nursing sessions, then only on weekends, then… it just stopped all together. I was a little sad, since this was bringing this chapter of my life to a close. For 5.5 years I had been growing or nourishing another human. I sort of had a “woah, what now?” feeling, but also, I was excited to do some things that I coudn’t do while nursing again (Hello cute sports bras, I’m lookin at you!) 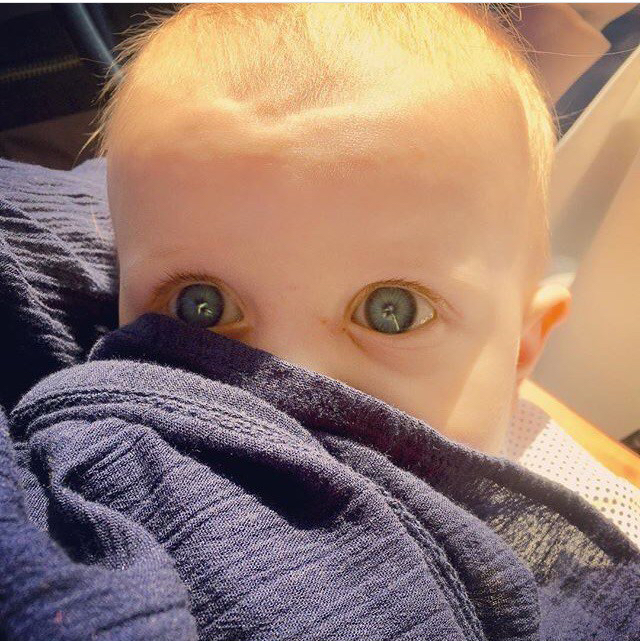 And of course post weaning depression wouldn’t effect me! I had my shit together after all. My nutrition was on point, our weaning was gradual over a few months, I do all the healthy, hormone balancing things, this was going to be a non-issue. Of course. (Sarcasm font is used here, in case your device doesn’t have that installed)

It didn’t help that right at the time baby weaned, my day-job took a drastic turn towards the OMGSTRESS direction. Within a week, there were 3 major issues discovered that were my responsibility to fix and a week and a half after that, equipment broke that was also my responsibility to fix. I chalked-up my extra feelings of anxiety and stress to these issues at first. But as time went on, I realized that the way I was feeling wasn’t right. It was “off” and I coudn’t figure out why.

I was having drastic mood swings. I was incredibly irritable. I was anxious, close to tears, and apathetic all at the same time. I was finding it hard to even get out of bed in the morning or to do everyday normal tasks (like brushing my teeth took ALL THE EFFORT, for example). I was zombie-ing my way through every day, and the sheer amount of effort it took to do anything with a semblance of “normal” made it almost impossible to do things that required additional effort (like cooking, cleaning, laundry, groceries, exercising, all of my normal activities). I mentioned the weirdness to some good friends of mine and it went like this:

Me: vent about being so totally stressed at work

Friends: general empathy and also, you just weaned and your hormones are probably whack right now

Me: nah, it was gradual and ended a few weeks ago. Definitely not the hormones.

Then a couple weeks later, it went like this:

Me: VENT about this BULLSH*T at work and I am SO STRESSED I’m not being healthy

Friends: more empathy but also, you JUST weaned and your hormones are whack right now…

Me: OMG THIS JOB THIS SRESS WHY THE HELL DO I FEEL LIKE A CRAZY PERSON WTF IS WRONG WITH ME AND WHY CAN’T I STOP CRYING

Friends: All the empathy. You’re starting to scare us, are you talking with someone (counseling) about this?? Also YOU JUST WEANED.

Me: Holy shit, can this be hormone induced?

Post-weaning depression is a thing. While I thought that I was going to miss it entirely, due to being generally healthy going into weaning, I was definitely not immune. Looking back at my history with the super strong and unexpected hormonal effects that my first pregnancy had on me, as well as my mild PPD the first time and my initial struggles to breastfeed, it makes sense that I am going through this. My body in general takes a long time to adapt to drastic hormone changes.

Emotional and mental effects due to changing hormones is considered a taboo topic, and honestly there is still a small part of me that thinks “these things shouldn’t be discussed” or “these things can’t be real.” But the truth is that they are very real and there definitely isn’t enough discussion or resources for help with these topics. So here I am, writing this blog and hoping that maybe, someone in my shoes will find it. If you are going though this know that you aren’t crazy or uncontrolled, you aren’t the only one, and there are things you can do to combat post-weaning depression.

#1 Dial in on Your Nutrition

When you are feeling emotional and down, often the first thing we do is to seek out the comfort foods that aren’t the healthiest for us. Unfortunately, these foods only make the problem worse. Things like unhealthy fats, sugar, and caffeine tend to increase our mood swings and make them more severe, as well as making us feel sluggish and generally crappy. The more junky comfort food we eat, the more severe our symptoms are, and it becomes harder and harder to break out of the cycle.

Instead, remind yourself that even though that double shot frappachino is what you REALLY want right now, it will only make you feel worse in the long run. It will only extend this period or hormone rebalancing. If eating a kale salad everyday sounds like too much, focus on the following things: drinking enough water, eating healthy fats, and eating as many veggies as you can.

In the words of Elle Woods, “Exercising gives you endorphins. Endorphins make you happy. Happy people just don’t shoot their husbands.” I’m sure you have heard about the link between exercise and improved mental health 10,000 times. As hard as it seems right now, do something to move your body. Go out for a run or go for a walk around the block. Use Amazon prime to do a free yoga session. Go to the gym and crush it with some weights. Whatever it is you can do, do it.

Getting enough sleep is absolutely critical for hormone regulation, among all of the other health benefits linked to sleep. I know that “enough”sleep never seems to happen, especially when you have such young kiddos around. So the next best thing that you can do it to make sure you go to bed and get up at the same time. Every. Day.

I actually have to get up at the same time every day (thank you early-rising 4 year old!) and that time is godawful early. So to help in the sleep regulation department, I’ve actually set an alarm on my phone for 8 hours before my wake-up time. That’s right, an alarm to go to bed. Sticking to a regular (and somewhat early) bedtime did wonders for helping to regulate my mood swings. 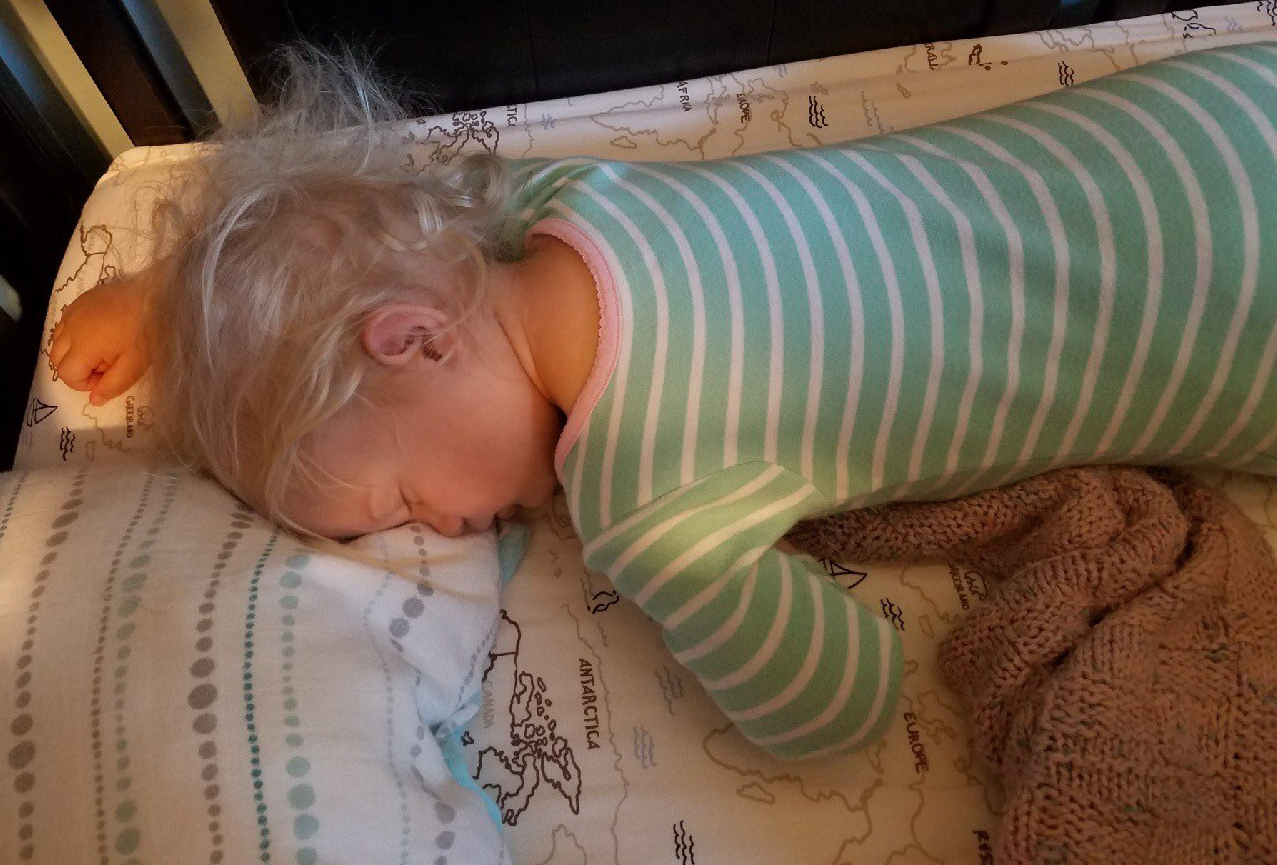 Again, this seems like a really hard task to do when you have tiny humans to look after. It feels especially hard when you are going through post weaning depression. But controlling and reducing the stressors in your life give you a huge advantage in beating the post weaning blues.

When we are stressed, our bodies are in that notorious “fight or flight” mode, which is causing our adrenal glands to pump out adrenaline and cortisol (which are both hormones). What you may not know is that the adrenals also produce other hormones besides these two famous ones. When your body is in the fight or flight response, all of the “non essential” tasks get put on the back burner, including the production and regulation of other non-emergency hormones. Reducing your stress levels allows your body to begin to focus on other things, like regulating your post weaning hormones correctly.

This is the one tip that I didn’t want to follow. I didn’t want to admit that there was something off with me. I didn’t want to be a drama queen or a burden. I was afraid that people would laughter at me and say I was crazy or making things up. But overall, admitting to myself that post-weaning depression was real, and that I likely had it was the first and biggest step in moving back to normal. Letting my husband and friends know about it was the next big step (also, surprise, they had already figured it out!).

If you have a close friend you can talk to, talk to them. Reach out to your significant other and your family. You can also talk with your primary care doctor or your OB if you are worried about the reaction of your friends and family. You can reach out to a counselor. Just reach out, you’ll be so grateful you did.

Here are some additional resources on post-weaning depression:

The Hardest Two Months of My Life