Around this time every year, it seems like “life” gets the better of me and all of a sudden time begins to fly by. (Hey March, where did you go???) This is also the time when most of our New Year New Me endeavors (or resolutions, whatever you want to call them) start to fall by the wayside. You’ve been going hard for the month of January, but the initial glamor of your idea or new habit has worn off. In February, you may be able to dig down with determination and power through maintaining your change, but old easier habits begin to sneak in. “One slip up won’t hurt” turns into “once in a while is ok” which them morphs into “well on the weekends, I deserve to relax” and by this time of year, we’ve either stopped entirely or we are feeling totally burnt out with this Healthy Habits All Day Every Day thing.

So the question is: why does this happen and what can we do about it? I actually blogged about this (on my old platform) last year and these thoughts still hold true for me. It’s helped me to avoid the complete Burn Out that I’ve had in years past, so I thought it would be a good read for you guys too. Here it is:

“Around June of 2016, I hit a low point. It wasn’t tied to any particular event. There was just a slow decline over time where more and more dissatisfaction crept into my life until I was incredibly unhappy and burnt out. I knew that I needed to make changes, but they seemed to be too hard to do.

Taking the first step towards self-improvement is always the hardest. I think of it in terms of inertia: when you’re stuck in a place it takes a huge amount of energy to start moving. Think of how hard it is to push a huge rock that is sitting in the dirt. (Or even better how hard is it to start flipping that tractor tire over at the gym?) But the thing about inertia is that once you get going, the law makes it just as difficult to STOP the object you just had trouble moving. If you do manage to get that huge rock rolling, you definitely don’t want to be at the bottom of the hill to stop it! (Or using the gym example, have you ever tried to catch a weight before it hits the ground?)

In July 2016, I (unknowingly) took the first step to overcome my “stuck and miserable” inertia by signing up for a nutrition coaching course. I thought I’d be learning about macronutrients and serving sizes, but this course had so much more to it. They really dug into the lifestyle reasons for poor eating, as well as the emotional components that lead people to cyclically diet and regain weight. This course showed me how interrelated nutrition and the rest of your life were. You can eat all the kale in the world, but if you are miserable in other areas, you still won’t be healthy. Suddenly, I was confronted with admitting that I was unhappy and had the power to change that. And like they say “You can’t unlearn this stuff.”

Flash forward to January of 2017 and the inertia behind all of my self-improvement actions was really beginning to build up. I began to see all of the areas in my life that I wanted to change and fix. There were so many things I wanted to do: change jobs to something that I enjoyed, change my relationship with my kids to be better, work on relationships with friends, work on my health and fitness, make our house more organized and functional, let go of things that were no longer helping in our lives; the list goes on and on and on. I was suddenly beginning to feel overwhelmed with it all. I began to wonder, “is there such a thing as self-improvment burnout? Cause I’m totally there.” I wanted a break, and a small part of me wished I could just go back to not knowing that things could be better, because “ignorance is bliss.” HA!

Everything can’t be fixed instantly. It’s often a slow process, but we tend to see the end goal clearly and then get impatient when we can’t get there immediately. Then we get to the point where I was in January and our self-doubt kicks in. We see the long road ahead of us and decide that it’s just too hard. We end up with Self Improvement Burnout. We quit. And then we are doubly dissatisfied because not only do we know that we aren’t where we want to be, we’re down on ourselves for quitting. And the cycle continues.

So I began to measure progress differently. I committed myself to taking as least one SMALL step each day towards any of the goals I had. And it’s working. Here’s why: it made making progress sustainable, since I gave myself permission to not have to do everything all at once. It keeps the inertia going, so I won’t get to a place where it is a considerable effort to start again. AND by having so many areas that I know need work, it made finding a small step to take relatively easy and dynamic. If I ever don’t really know what the next step under the “Change Careers” goal is, that’s ok because I can take a small step towards another goal that day (like declutter a junk drawer for the “Functional House” goal). I’ve still progressed while giving myself time to figure out the next best step for the career change goal.

Now here we are in March 2018. I look at where I was 15 months ago and there is so much that is different (for the better) now. All of those time steps each day have added up to a large change. They were the grains of sand that have turned into a 30lb sand bag. Looking back at this process helps me to keep going with the “just do one thing every day” path. Because in the end, I can see that it is working. 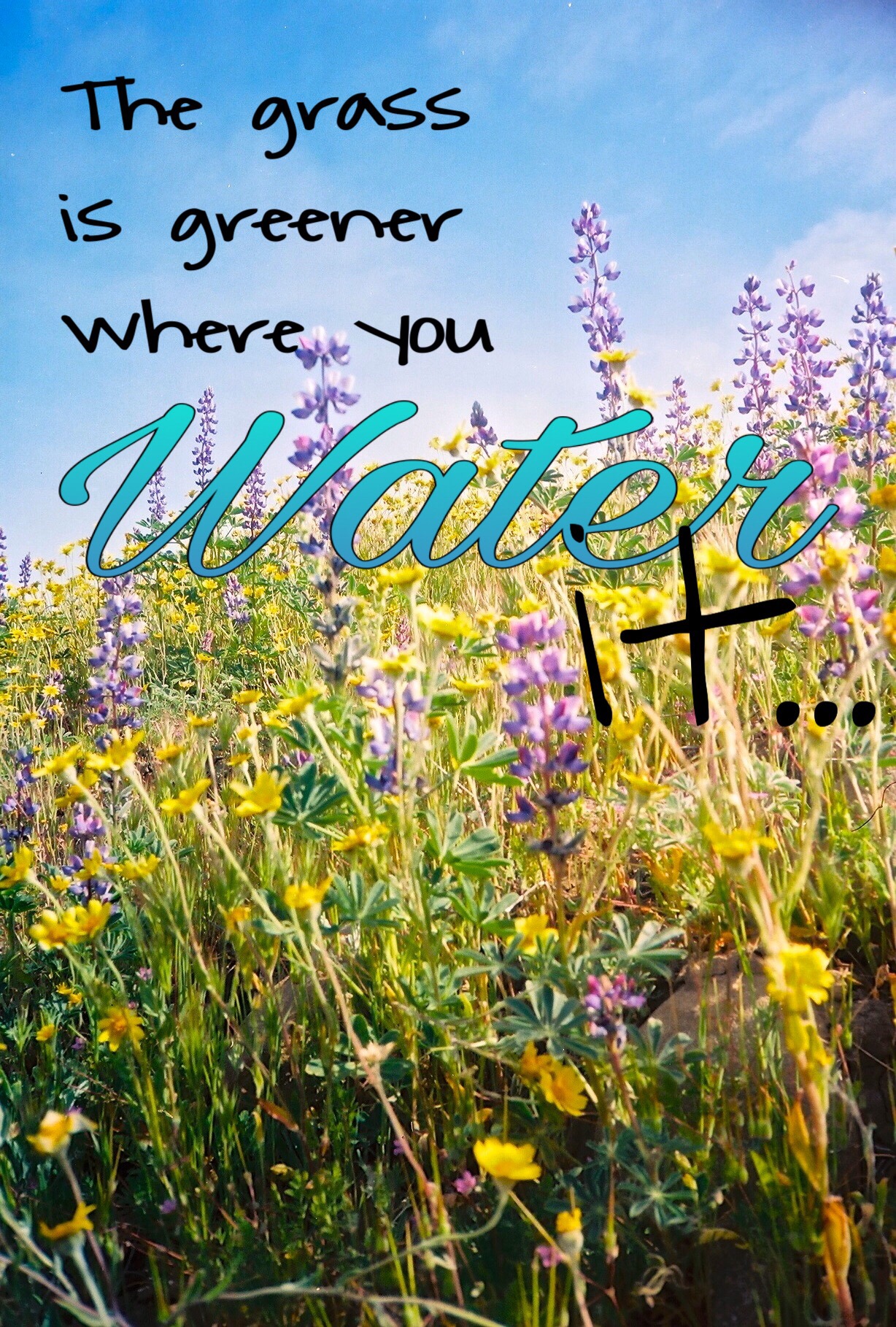